The Violence District (Also known as "Violence Street/Road", the kanji has several different meanings) is a coastal urban area within the dreamscape. It appears to always be nighttime in this area. The city contains alleyways, docks, high-rises, streets, warehouses, and overpasses.

A number of events and objects can appear in this area, many of which can lead to having a downer dream if linked with or approached. Some examples include dead women that appear hanging from lamp-posts, somebody repeatedly kicking a corpse, and a cloaked person with a gun who can shoot you.

Violence District may be inspired by a story from the Dream Journal called "A Violent Town, a Headless Man", accompanied by this image. Despite how colorful the artwork looks, the story is about the man seen in the image being damaged by half of his head being chopped off in a distinctly non-colorful world. In the story, his wife and himself are looking for the criminal who did it. Nishikawa is surprised how the man is still alive, as well as being able to walk and talk, even after a large portion of his head (including part of his) is completely cut-off in a violent attack.

Other references to Violence District might include passages from the Text Dreams "I'm being spied on" and "The shop-keeper has got my back". 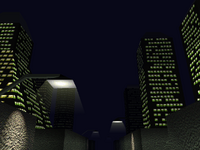 Violence District viewed from below 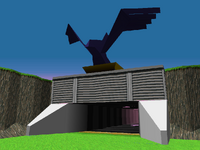 The Entrance - to it from The Natural World 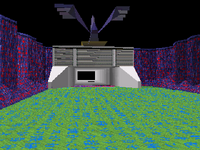 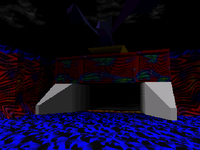 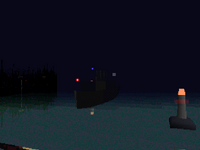 Another one of the ships that can spawn 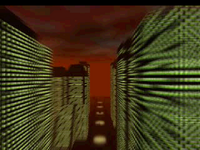 The Violence District with the Downer textures

On top of a high-rise

Corpses in the Violence District... 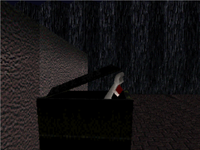 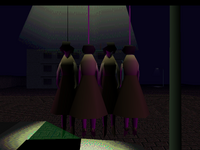 Hanged Women from a streetlight... 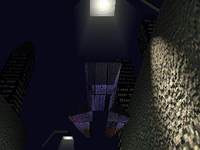 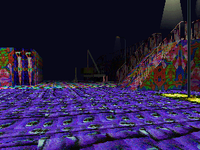 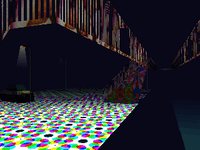 The pier after everything stretched - Sexual Textures

The Road Under two Bridges 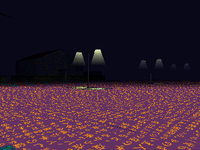 Violence District with the Kanji Textures 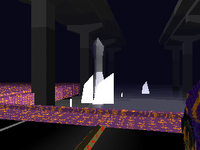 The Car Crash, with Kanji Textures once again. 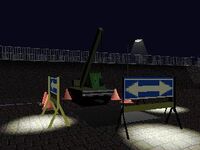 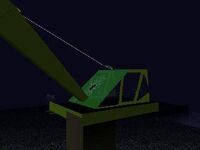 The crane at the docks. 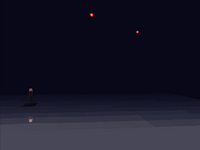 floating lights over the water

Kanji Textures - on the road under two bridges

Kanji Textures - on the road under two bridges, Ditto

Looking over - into the darkness...

One Of Hanged Women fallen dead under the lights...

Two Bridges - Coming to the road under it.

One of Hanged Women following you!...

The Gray Man can appear here. 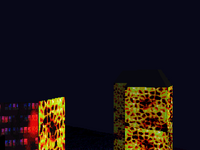 On top of a building with downer textures 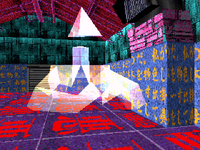 Transparent shapes inside of a building

Car that seemingly drove off of the pier, seems to happen after you hear a loud car honk. 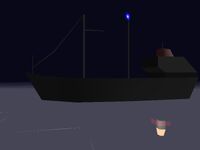 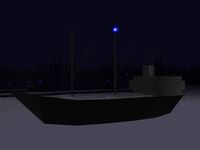 Add a photo to this gallery
Retrieved from "https://dreamemulator.fandom.com/wiki/Violence_District?oldid=21331"
Community content is available under CC-BY-SA unless otherwise noted.