Kyoto is an area within the dream-scape that resembles an older Japanese city. It's most likely based on the real city of Kyoto in Honshu, Japan.

In one area of Kyoto, there is a Zen Rock Garden, with black and white patterns on the floor.

There are many small, fenced-in areas. They have four entryways, and various different objects in them, like Shrine Bell and the Hand Statue.

There is a temple here that leads into the Temple Dojo, and on the opposite end of the map, is the entrance that leads to The Natural World.

There is an area called Monument Park within Kyoto that's completely surrounded by a stone wall, which is accessible though a tunnel.

When linking with the wall inside the tower in Kyoto, you'll be sent to the bottom of Moonlight Tower. This is the only other way to link to Moonlight Tower, other than the Bunny.

There are large statues of a head, hand, and foot. They are believed to be Buddha's.

Kyoto is one of the main locations displayed on the map.

Interacting with the Old Woman can sometimes cause everything in Kyoto to stretch upwards.

Kyoto Building Signs: ほね - The kana is actually backwards, but you can still tell it says "hone" in hiragana. Hone could mean "bone", "the rib of an umbrella", "frame", or "difficulty". 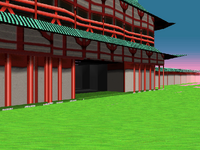 The entrance to Kyoto from The Natural World 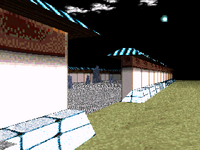 The rock garden with the sexual textures 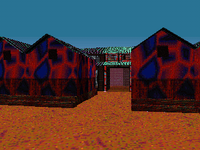 Entrance to a house where the Old Woman resides 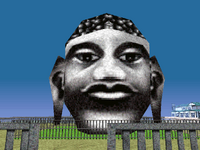 A statue of Buddha's head 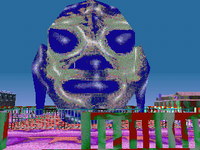 Buddha's head with the Sexual texture 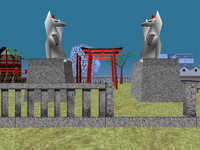 On top of the scaffolding

A look at the veranda 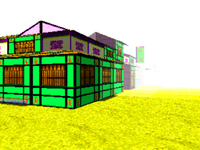 Kyoto with the Kanji (Logic) textures

Kyoto with the Sexual textures 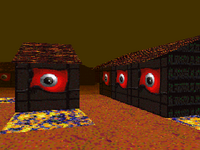 Kyoto with the downer textures 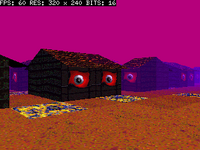 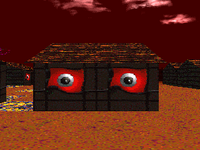 House staring at you

That wall and the ground certainly look... unusual today. 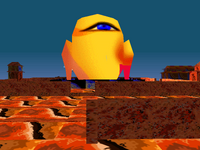 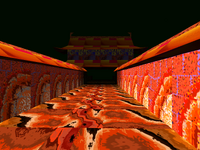 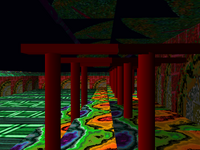 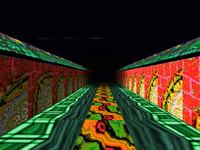 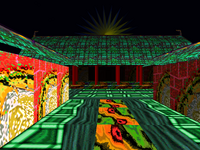 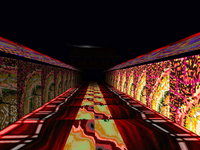 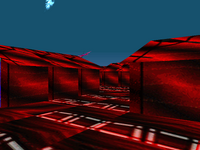 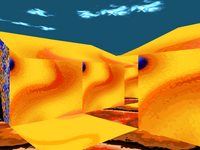 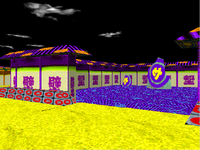 guess it's more common. Top right is a floating dog bottom is another. They chase each other away. If you touch the bottom

floats up and down

The Gray Man can appear here. 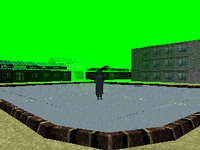 Ditto, but walking on water. 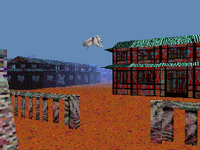 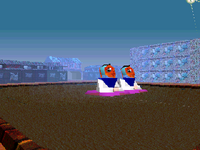 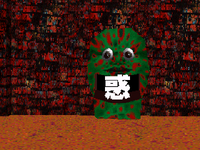 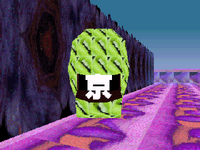 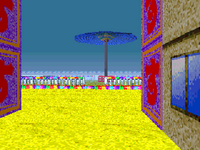 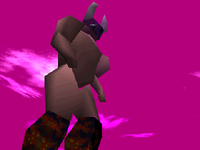 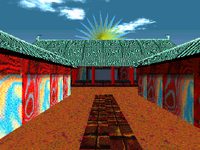 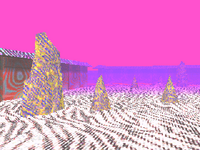 Rock garden with downer textures
Add a photo to this gallery
Retrieved from "https://dreamemulator.fandom.com/wiki/Kyoto?oldid=18070"
Community content is available under CC-BY-SA unless otherwise noted.