The Gunman (or "Soldier", as the community has taken to calling him) is a person dressed in a cloak and helmet who appears near or inside the warehouses in the Violence District. He is seen brandishing a gun. When he appears in one of the warehouses, he may be standing right next to the door, shooting and startling any unsuspecting players, or in front of a fence, executing one of his victims. If approached, he will turn towards the player and shoot, causing the player to slowly fall over sideways and the screen to fade out. Following this, the dream will then either end, or you will be linked to the Clockwork Machines. Directly linking with him will also send you there.

When turning around to shoot, pressing the Circle button will cause the gunman to fall over. When he is fallen over, you can link with him to the Clockwork Machines. It's also possible to link if you look up while approaching him, as the shooting event won't be triggered. 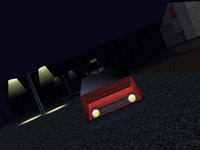 The Gunman firing while a car passes through him.

The Gunman in the warehouse 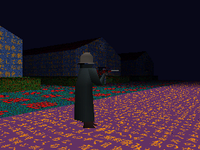 The Gunman, facing away from the player. 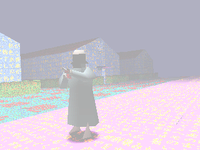 Being shot by the Gunman. 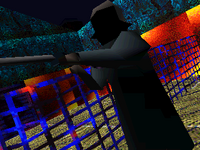 Shot for trying to link with him

Being shot by the gunman, the camera turning sideways. 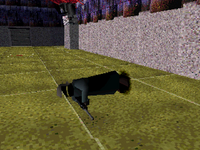 Gunman on the ground 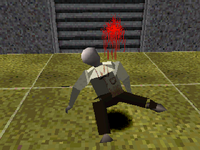 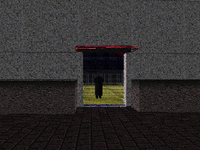 Victim before being shot 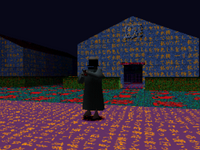 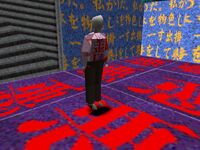 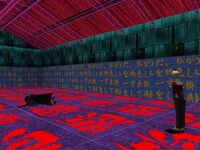 Gunman lies dead, victim is alive
Add a photo to this gallery
Retrieved from "https://dreamemulator.fandom.com/wiki/Gunman?oldid=17881"
Community content is available under CC-BY-SA unless otherwise noted.